Are they? What is my personal stance on this? I'm not the average social media user (which should be obvious by looking at my following: I don't have any. And I actually don't care. If I did, I might be more selective in my choice of subjects- or not. I might be publishing more -or not. I might be using SEO and different ways to promote my content. Shout it from the rooftops. But I don't. To be honest, I write merely / mainly for myself. Because I like writing. And I consider writing in English good practice since my professional use for it has dropped off.)

I can say the same about Twitter and Facebook. I almost always use Twitter in a 'professional' context, seldom in a personal one -unless I'm really upset about something, like the Ford Genk closure this week. I rarely post personal stuff on Facebook either. Or rather: I have defined some kind of personal perimeter in which I lift a tip of the veil now and then but I think I'm very discrete in terms of personal info, pictures, information on my family members or friends.

Which is probably not so different from who I am IRL. I don't tend to bore my colleagues every monday with every little thing I did during the weekend. Most of my current colleagues know very little about me. And what they need to know about my professional track record, they can ask - or check on LinkedIn. Which is, by the way, NOT the same as Facebook.

What does this make me? I tend to say, laughingly: I'm not social enough for social media. There's certainly truth in that. But I'm certainly no voyeur: in that case I would use accounts only to look at what others are doing and saying. I think I'm fairly active but guardedly so. People tell me there is a lot of garbage out there, a lot of expendable rubbish the likes of 'I'm going to pee now'. That's possible but my 375 FB friends are not part of that rubbish. Nor are the people I follow on Twitter.


Using these tools daily we tend to forget something that is really amazing: the ability of Twitter or even Facebook to transport us to different places and allow us to see things through another’s eyes, whether it’s a personal event like a wedding or a funeral or a politically-charged situation like the Arab Spring or the closure of Ford Genk. We take it all for granted. We forget how amazing it all is when you stop to think about it.

So is this blog passé? If nobody but myself reads what is written, who cares? At least I think about formulating thoughts before I write them down. That's what I like. It's on the same level as keeping journals. Something private. And a lot of us are doing it. Privately.
Posted by Unknown at 4:59 PM No comments:

Did you miss Felix Baumgartner's fall from space yesterday? His breathtaking 24.2 mile jump, the heart-stopping seconds while he went out of control into a dangerous spin, included? LEGO created it's own Red Bull Stratos Jump in this hilarious little video. Compliments of Mashable.com.

This was the real Felix, TV-image of the first second of his jump: 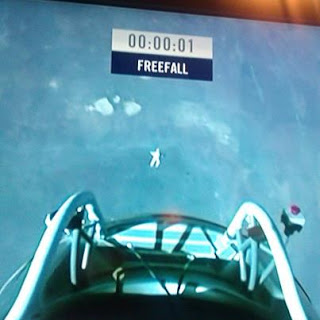 In the end it turned out that this wasn't the longest free fall ever, but hey, who cares, right?
Posted by Unknown at 12:07 PM No comments:

It's the end of the world as we know it

A great excuse for GOOD to create an impressive infographic, which shows us that these doomesday people are not all freaky believers in Mayan calendars ... if you are an American or Turkish citizen under 35 you do believe you will see the world end in your lifetime. For this and other stuff: check out the infograph: 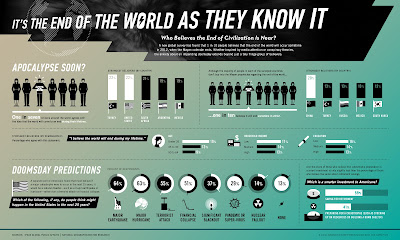 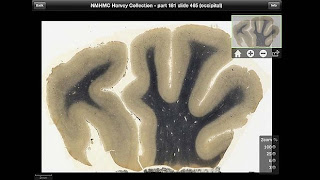 Willing to pay $9,99? Got an iPad? Then you're all set for downloading Einstein's brain -and we are not talking about Admiral Freebee's song here. ("complexity of the human psyche")

Einstein died in 1955. A medical museum in Chicaco scanned and digitized 350 slices of his brain. Einstein wanted no fuss after his death but there was a pathologist who performed an autopsy and removed the brain. Don't expect a 3D model of Einstein's brain or even a detailed mapping of the slices in relation to the anatomic region they belong to ... the app is meant for non-medical users who want to look what a genius's brain actually looks like.

Whether Einstein would have appreciated the pricing, we don't know. He never actually donated his brain to science, it got ... pinched.

The Cassette to iPod Converter 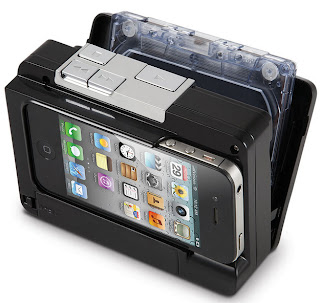